Traveling to The Netherlands: Nijmegen and Berg en Dal

There is so much more to The Netherlands than Amsterdam. Sure, it’s fun to visit a big city, see museums, and post on Instagram. My recent visit to Nijmegen and Berg en Dal on the outskirts was relaxing, enjoyable, and a cultural delight.

As I travel to other countries, I find it both fun and useful to learn greetings and gain a familiarity with the language. You can do this with the Duolingo app that is available free in both the Google Play and Apple store. All signage in the Amsterdam airports, however, is in English. Most Dutchies also speak English.

Traveling to The Netherlands by Air

Of course, Trip Designs booked my travel, based upon my schedule for WordCamp Nijmegen (August 29-September 1). We went with Delta traveling with their partner KLM to Amsterdam and with Air France returning to Los Angeles.

Gate to gate transfers can be especially fun since there is almost no way of completely knowing what will happen. So, don’t dilly dally in the airport. If you are transferring, choose a seat closer to the plane. My transfer was in Minneapolis and I was in row 47. That was a fast walk!

Some flights offer WiFi and some don’t. Be prepared. Both of my transatlantic flights (KLM, Air France) this time offered two meals (with reasonable choice) and beverages. The Air France flight did not have WiFi. Both offered in-flight entertainment that were quite good. Though I flew economy I was quite comfortable with the pillow, headphones, and blanket provided.

Staying in a Dutch Hotel

I chose to stay at the Fletcher Parkhotel Val Monte, a 30 minute bus ride from Nijmegen. Fletcher has a good reputation in The Netherlands with over 80 properties. Since I went for a conference, I basically only spent time in my room to rest and shower so I wanted a good, inexpensive room. 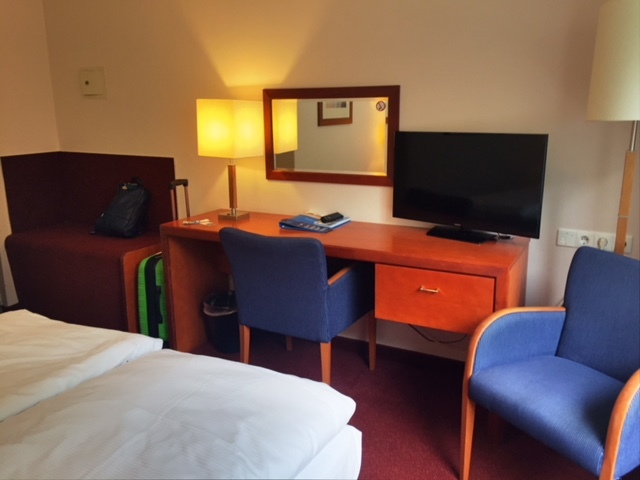 I was surprised by the level of comfort (I definitely miss the bed) and the variety of food at their complimentary breakfast. 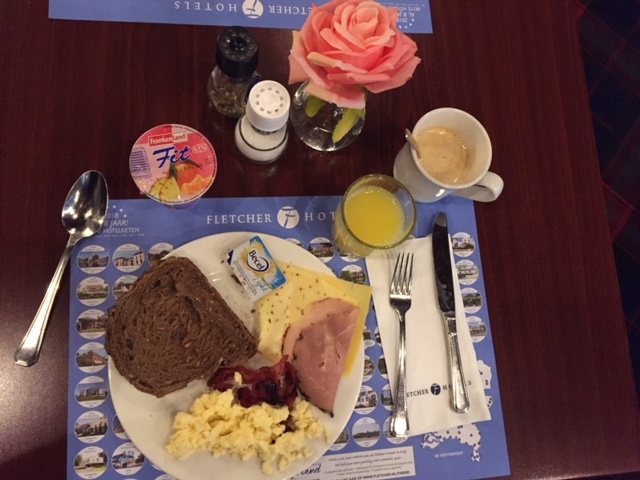 The bar also had a good variety of food as did their restaurant. The first night I skipped dinner and went straight for dessert. The second, I had the hamburger which was very good. You simply must try the local favorite snack or socializer bitterballen. 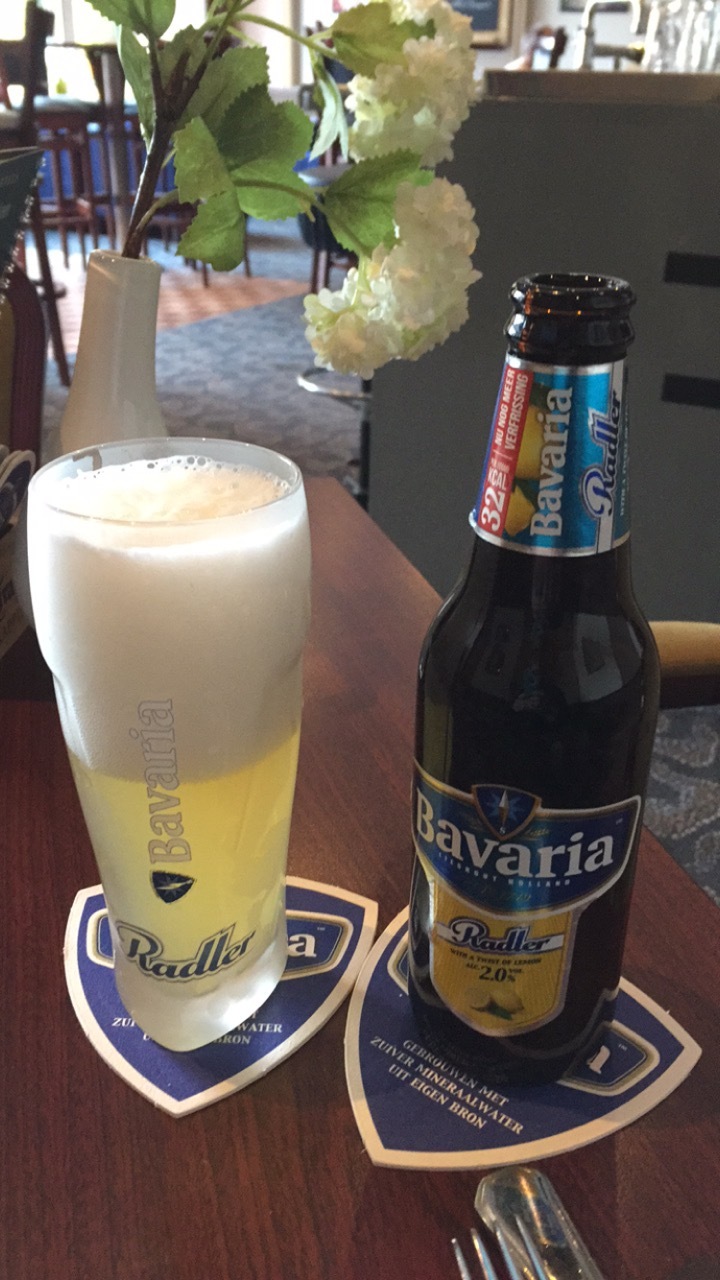 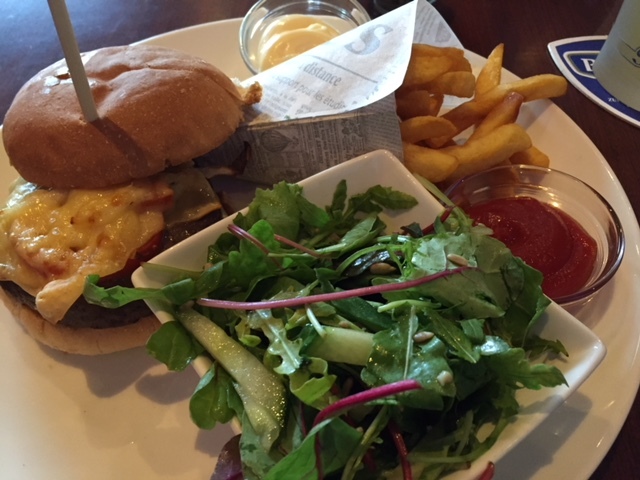 The train system is efficient and clean in The Netherlands. There is a great website to plan your trips. You can easily purchase one way tickets at a kiosk from the train station at Schiphol Airport which I did. 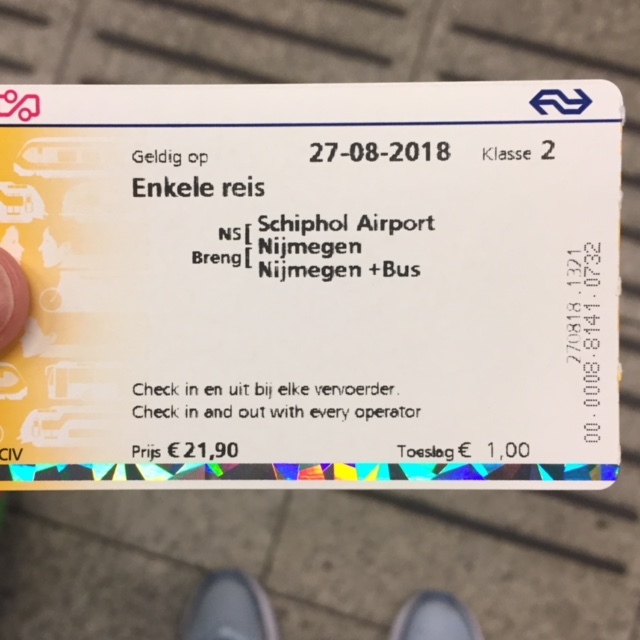 In The Netherlands, you need the OV-chipkaart in order to ride the long-distance and sprinter trains as well as the bus. Be aware that you can purchase this card for about 7 Euros in a major city, but you will need to load it with a PIN card. Many local towns like Berg en Dal, do no take credit cards (like the debit/credit cards we have in the USA), so you may have to load your card at one of the major stations. I did this at Nijmegen. 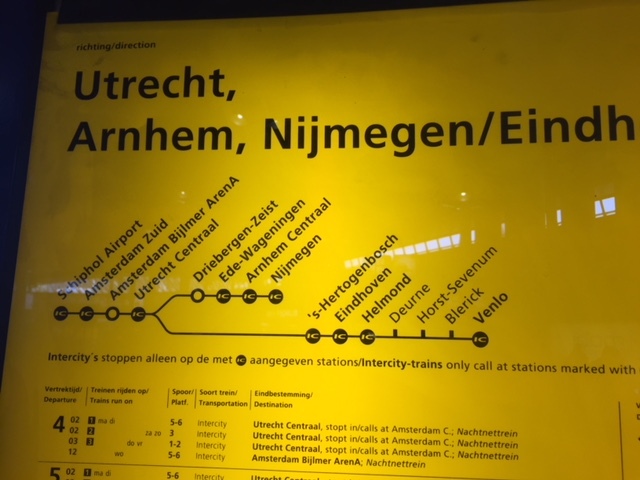 In order to enter the train station, you will need a balance of at least 22 Euros on your card. Be aware of this as you will not be able to take the train otherwise, even a sprinter.

When boarding the bus, scan your card. Scan it at the end as well, otherwise your OV-chipkaart will be penalized by 4 Euros. The same is true of trains. Scan your card on poles or bollards at the station when you enter and exit.

A great tip to find your bus route near your hotel is to look up the address on Google Maps. When you see the bus icon, click on it and it will show the bus that passes by. Once you’re at the stop, there will be signs that show which bus stops and when. Note, Europe uses the 24 hour clock. 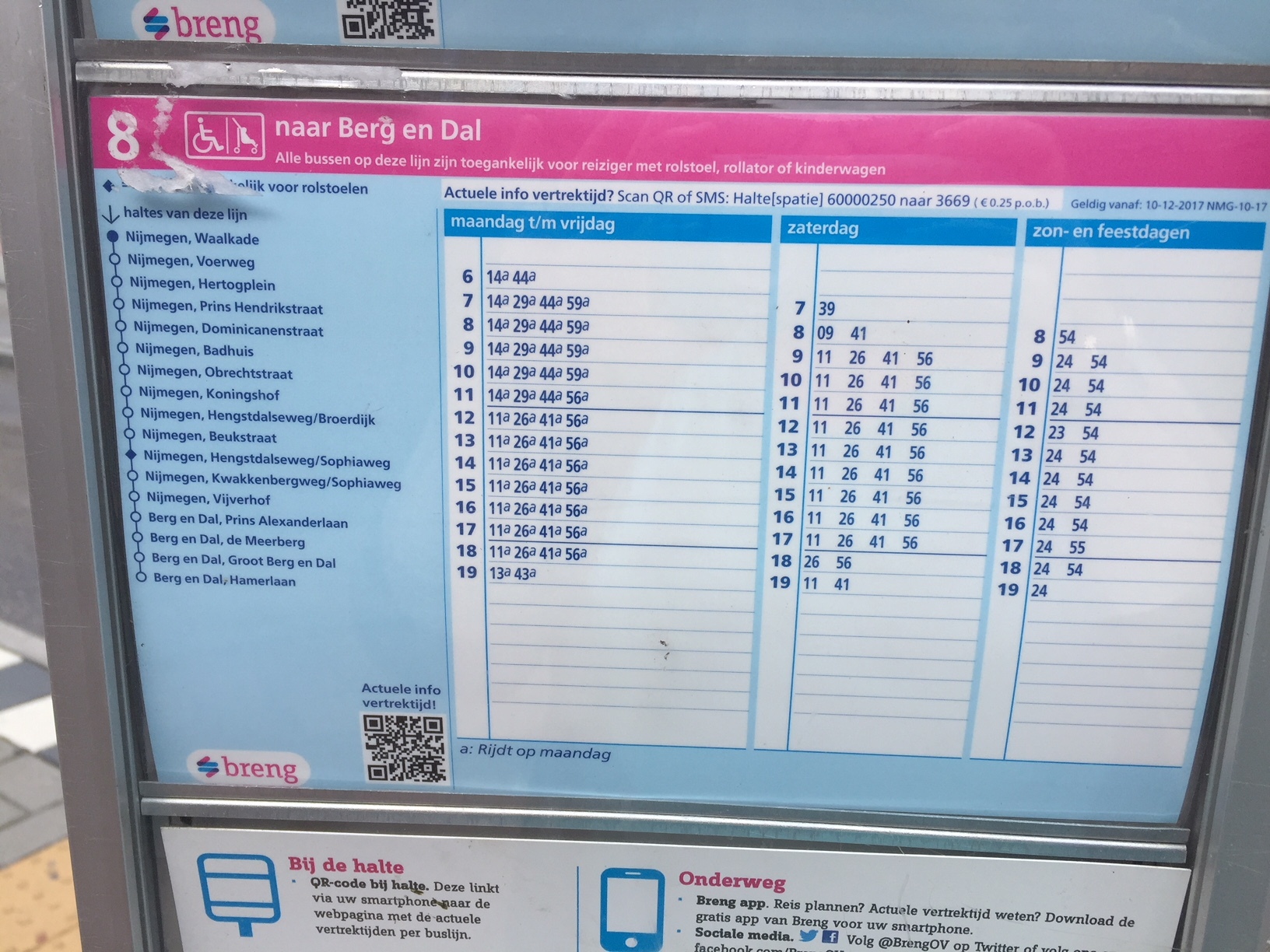 For my trip, I changed my iPhone to the 24 hour clock and found that the closest bus to Fletcher Parkhotel Val Monte in Berg en Dal is Bus 8. When venturing out from your locality, be sure to check when the last bus arrives. It’s easy to just take a photo of the schedule with your smartphone. Learn more about the bus system on the Breng website.

General Tips for Traveling in The Netherlands

Many taxis, shops, and restaurants in small cities do not take credit cards. This completely surprised me since everyone in Belgrade accepted credit cards. So, you’ll want to have cash (Euros). It’s better to get it at an ATM there. Large shops and larger institutions like the gift shop at Radboud University (where my conference was held) or the Train Station at Nijmegen Centraal take credit cards. But don’t count on it.

Since I am planning to travel to Berlin in June of 2019, I chatted with some of my German friends who assured me it is the same there. Have Euros. It makes life easier.

The roads are easy to navigate by bike, as the pedestrians and bicycles are both separated in their own respective lanes from autos. The Netherlands is a relatively flat country, riding by bike is always a good way to visit the small towns.

For this trip, I decided to go on a walkabout, going where I fancied including a wonderful hike. That’s not for everyone, however.

There are many tours that include The Netherlands by Globus, one of our preferred tour operators (they refer to it as Holland). Of course, we can always provide a custom itinerary for you as well.

Let's Plan Your Trip to The Netherlands Today!

It's easy. Simply email us with your preferred travel dates and times, your airport, number of days you'd like to stay, and type of hotel you like. You start dreaming and we'll start planning.