About Bath Culture & History
Over 200 years ago, a trail-blazing female author penned the novel that brought one of the first tales of the horror genre to life. 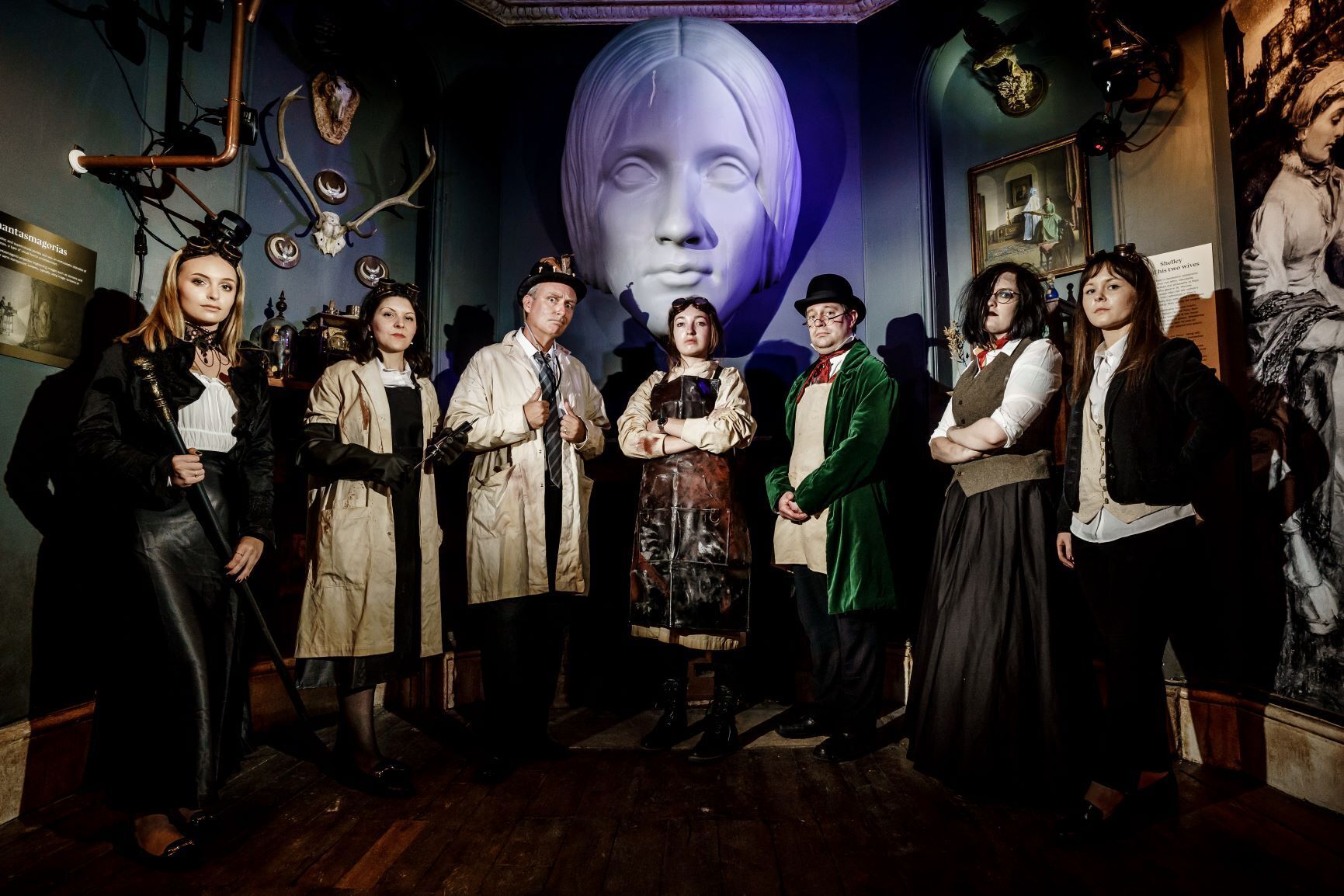 This year, Mary Shelley’s House of Frankenstein opened to commemorate the life of the novelist and her legendary, terrorizing creature.
In 1816, at just 19 years old, Mary Shelley wrote much of her novel Frankenstein in the chic, English spa-city of Bath.
Frankenstein the novel was groundbreaking on two levels: it had a rare, woman author, and it was one of the earliest examples of published horror stories. Shelley’s novel helped spawn a popular culture trend that resulted in a literary, theatrical, and nowadays, film and television landscape full of vampires, monsters, the living dead, medical and science experiments gone awry with terrifying and supernatural results.
Mary Shelley’s monster has been immortalized countless times over in frightening or campy, early and recent films, in pop culture references like cartoons and music videos, and is of course a perennially classic Hallowe’en costume. 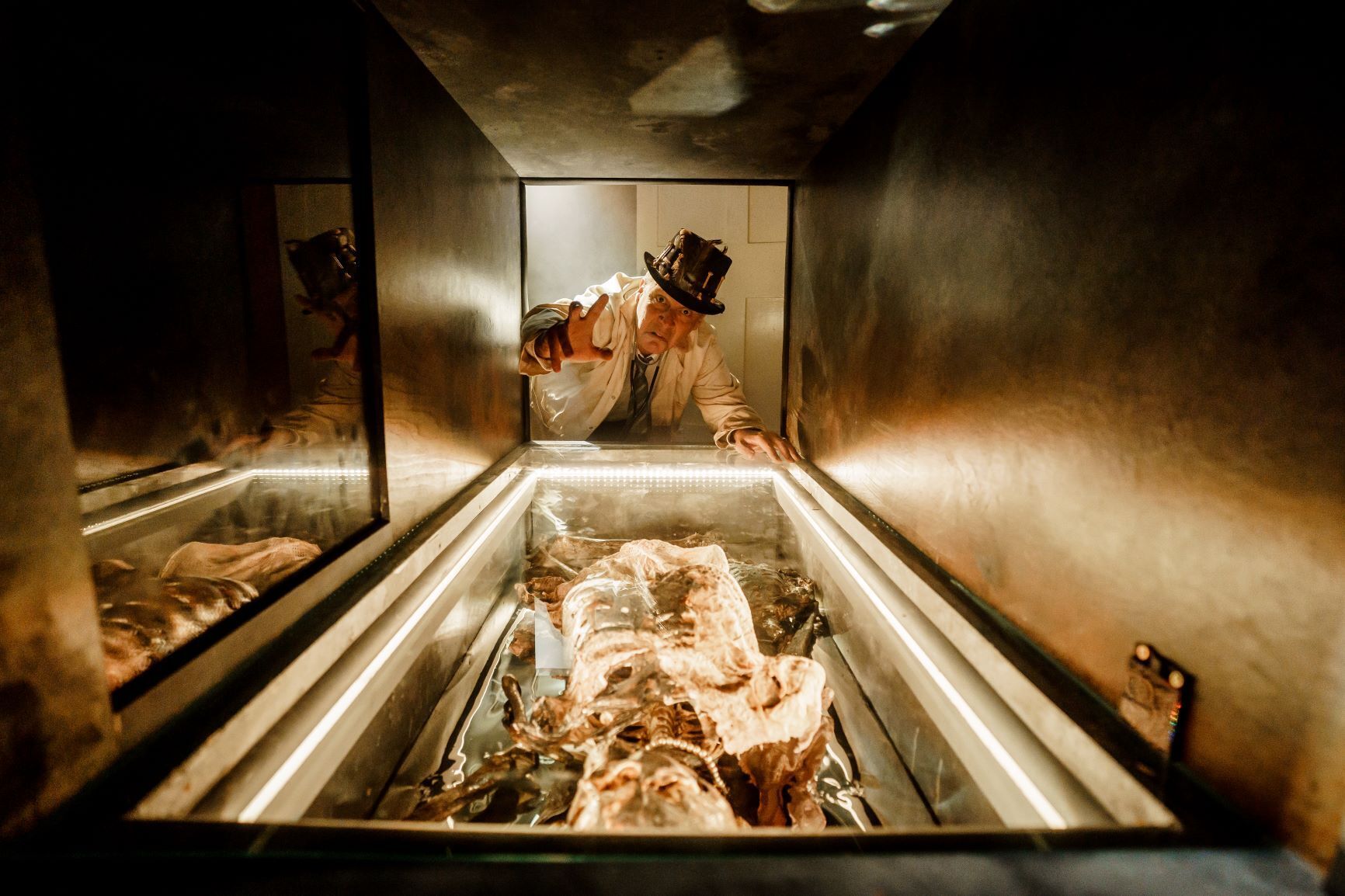 Now Frankenstein’s monster has a permanent home of its own in the town where it was born.
Mary Shelley’s House of Frankenstein in Bath celebrates the author as well as her notorious fictional creature. Her monstrous literary creation has 'lived' in various artistic forms non-stop since its inception in Shelley’s novel, but this is the world’s first attraction dedicated to the trail-blazing Regency-era author.
Interactive exhibits tell the full story behind the genesis of ‘Frankenstein’. Mary Shelley’s House of Frankenstein celebrates the legacy of the author’s work across four atmospheric floors, uncovering:
Mary Shelley’s Unusual and Complex Life - Visitors retrace the tragic and unconventional life events and radical scientific thinking that flourished in Shelley’s active and ahead-of-its-time mind;
The Monster of Shelley’s Imagination - You’ll confront head on the formidable 8-foot breathing creature in a world-first recreation exactly as the author imagined in her novel;
Frankenstein in Popular Culture - Revisit all things Frankenstein and his “monster” in the Popular Culture rooms bursting with vintage memorabilia, props, posters, and even bizarre collector items;
Enter the Darkness - Venture down into a dank foreboding basement, in a dark and disorientating walkthrough experience revealing the unhallowed practices of a deranged scientist.

Brace yourself for a thrill. Ominous music and unsettling soundscapes, eery temperature shifts, bespoke scents and unsettling aromas, lighting and special effects, electric shocks, projections, and props deliver a scarily immersive, unnervingly thrilling and visceral experience.
It’s not all scary, though. In the Popular Culture rooms, notes of cinemas, popular culture and childhood nostalgia are conjured with gourmand notes of popcorn, vanilla, caramel, chocolate with an undertone of plastic and even playdoh!

You Can’t Escape Frankenstein’s Monster - or Can You?

The bravest of 'Franken-fans’ can test their mettle in Victor’s Lair Escape Room, where you have just one hour to unravel the ramblings of his deranged mind and, more critically, your way out.
You begin locked in Victor’s miserable attic quarters, strewn with insane equations, strange artefacts and miscellaneous body parts. Trying in vain to unlock the mysteries of life itself, he needs just a few more ‘vital’ components to fulfil his maniacal quest. If you and your group can unravel the ramblings of a madman and discover the equation through 14 challenges, you’ll reveal the mystery of Frankenstein’s undead life, but more critically, your way out to freedom.
Between the literary history, the tale of a trail-blazing woman author, a creature who has embedded itself into our cultural fabric, immersive and entertaining exhibits and challenging activities, as well as tongue-in-cheek approach that even has body parts in jars intermixed with items for sale in the gift shop, Mary Shelley’s House of Frankenstein has become a gothic must-do experience in the elegantly Regency-era city of Bath.

Video: The Best of Buenos Aires: A Monograms Tour with a Local Host

Go Glamping in the Galapagos on the Celebrity Flora

Top 4 Places In The World To Go Hot Air Ballooning