Local Events
What’s the best part of celebrating the day named after Ireland’s patron saint? Is it the ‘wearin’ o’ the green?’ The irresistible beat of Irish music that makes every listener’s toes tap? Your hilarious attempts at an Irish jig or your own version of Riverdance? Or the famous Irish beverages that fuel the festivities in the Emerald Isle and around the world every March 17th? 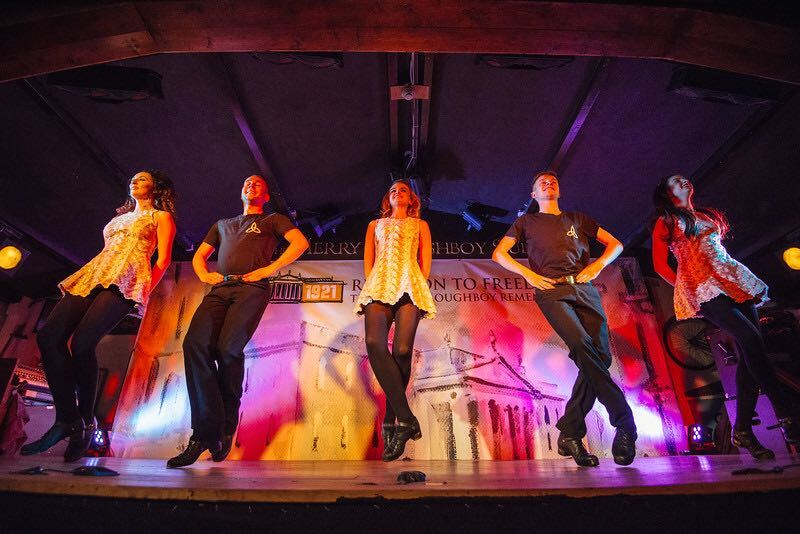 (Courtesy Donal Cawley, Merry Ploughboy Pub)
They say on St. Patrick’s Day, everyone’s a little bit Irish. And so we’re guessing at least one of these drinks finds its way into your hands at the local Irish pub.
Here are a few fun facts about the four most iconic Irish beverages you can have up your sleeve to make you look like the smartest honorary Irishman at the bar.
Now, if you memorize an Irish toast too, you’ll bring the real ‘spirit’ of St. Patrick’s Day to the moment!

Yes, that’s ‘whiskey’ with an ‘e.’ In the debate between Irish whiskey and Scottish whisky, Ireland claims to be the global original.
According to Tourism Ireland, the first written reference to whiskey in Ireland took place two whole centuries before distillation of malted grains was recorded in Scotland. The Red Book of Ossory in Ireland referred to whiskey in 1324.
In terms of authentic beverage, nothing may be more Irish than whiskey. The word itself comes from the Gaelic ‘uisce beatha’, meaning ‘water of life.’
The oldest ongoing commercial distillery in the world is also Irish, and the 400 year-old Old Bushmills Distillery in County Antrim has always put the ‘e’ in ‘whiskey.’
As traditional a tipple as whiskey in Ireland is, the spirit is seeing a renaissance throughout the Emerald Isle and around the world. The Head of Drinks Ireland|Irish Whiskey Association explains that, “Irish whiskey has undergone a phenomenal revival, going from four distilleries to 38 – with 24 open to visitors – and recording 140% growth in sales around the world in the last decade.”
The traditional, and globally available, brands like Bushmills and Jameson are being joined by exciting new artisan brands that you can only taste on a trip to Ireland.
A million international travelers every year visit an Irish distillery – not to mention Dublin’s Whiskey Museum or a local pub with a selection of new and traditional whiskies.
The Ireland Whiskey Trail is a free touring guide to distilleries, the best whiskey pubs, hotel bars, well-known and up-and-coming brands, as well as specialized whiskey shops.
And IrishWhiskey360° provides visitors a map and information on the island’s most important distilleries that offer tours, tastings and behind the scenes secrets about their amber spirits.

Irish Coffee has a much less pedigreed history than its most spirited ingredient, Irish whiskey. Its claim to fame is as a method to ‘warm the cockles o’ your heart’ as they say, and is said to have been invented at the height of World War 2. 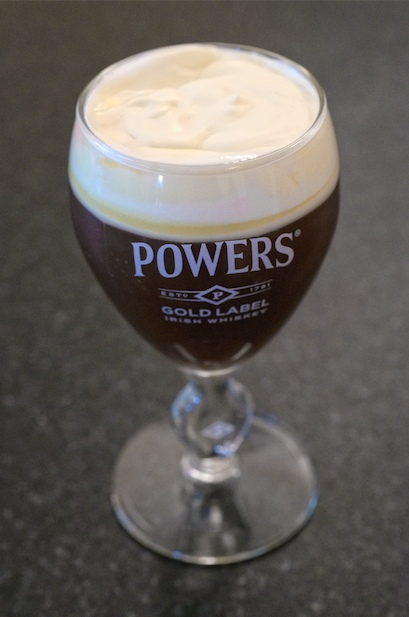 A chef at County Limerick’s Foynes Port, where planes flying between Europe and North America would stop to refuel before the North Atlantic crossing leg of their journeys, invented the hot drink.
The story says he whipped the first hot, creamy batch up one raw night in 1942 for a group of delayed, chilled, and weary passengers. After a collective “Ahh” went around the room, one passenger reportedly asked, “Is this Brazilian coffee?”  To which the chef replied, “No, that’s Irish coffee.”
The name – and the appeal on a brisk night – stuck. Here’s the recipe – straight from Foynes – to impress your friends around a warming fire, and to compare with the ‘real thing’ on your own next trip to Ireland. (Pictured. ©Failte Ireland, Courtesy of Carsten Krieger.)
The original Irish coffee recipe

Despite marketing, and images and script on the bottles that suggest Bailey’s Irish cream is a long-standing tradition, the sweet liqueur made of cream, cocoa and Irish whiskey only dates back to the 1970’s.
There are a few stories about its origin, none as romantic as the image of Irish coffee being brewed up for wartime flights across the Atlantic. 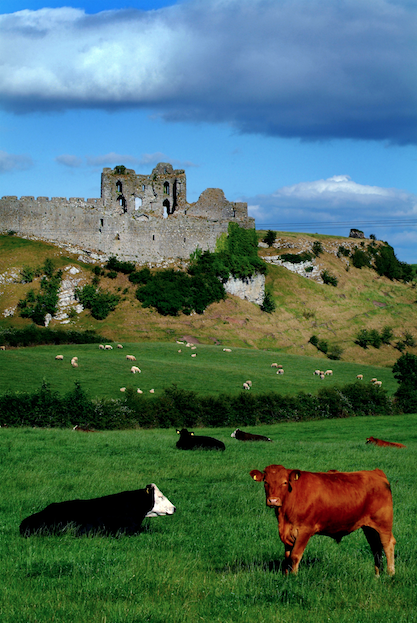 The first Irish cream was reportedly developed by a team with the pragmatic goal to come up with a new export product, which they did deciding to use up whiskey from a distillery that wasn’t making money and to take advantage of excess cream on the market as skim milk was becoming more popular, or as a whiskey-based ‘girly drink.’ Or all of the above.
Regardless of its start, today, Bailey’s Irish cream is an undoubted beverage ambassador of Ireland around the world. Its annual production uses over 250 million liters of Irish milk from 40,000 dairy cows living on 1500 Irish farms. The U.S. imports more Baileys Irish cream than any other country in the world.
One final – and very important – fact about Irish cream: it is NOT an ingredient of authentic Irish Coffee.
(Image ©Tourism Ireland)

Moving away from whiskey, perhaps the most ubiquitous drink for St. Patrick’s Day celebrants or visitors to Ireland is simply, ‘a Guinness.’ Its brand symbol, the harp, is the symbol of Ireland’s 11th century king, Brian Boru
Guinness has been produced in Dublin since 1759. Founder Arthur Guinness knew he was on to a sure thing: he signed a 9000 year lease for the St. James’s Gate Brewery. By the 20th century, Guinness was the largest brewery in the world.
The brewery’s Irish dry stout or dark beer has become the iconic symbol of St. Patrick’s Day and pub life in Ireland. It is made from barley, hops, water, roast malt extract, and brewer’s yeast. Some barley is specifically roasted to give Guinness its signature dark color and distinctive taste. The result was believed at one point even to be a health drink – so healthy, in fact, it was recommended for young children and pregnant women! Some modern science has upheld the healthy reputation: Guinness’ rich ingredient list makes it a source of B vitamins, iron, heart-healthy antioxidants, and immune support.
But we don’t think anyone is thinking of their B vitamins when they’re raising their glasses of Guinness in the Dublin brewery, or in their home or local Irish pub on St. Patrick’s Day, when over 800% more Guinness is drunk than any other day of the year – a whopping estimated 13 million pints!
(Image: Tourism Ireland) 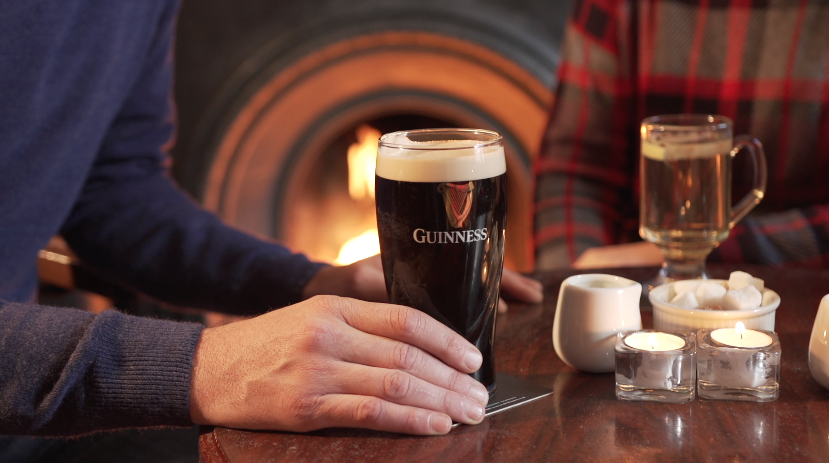 Video: Meet the Crazy 'Chicken Man' of the Avignon Market

Where's the Only Restaurant in Alaska by a Michelin Starred Chef?